Haifa: The cultural life in the Terezín Ghetto

On the 25th and 26th of November 2019, a commemorative event entitled The Cultural Life in the Terezín Ghetto was held in the Hecht Auditorium at the University of Haifa. The meeting included a vernissage of the works of Gertrude and Emanuel Groag and their son Wilhelm entitled Perspectives, Possible Ways of Grasping Reality. (The Groags were deported to Terezín in 1942 and were liberated in May 1945.) The vernissage was visited and opened by the Czech Ambassador to Israel Martin Stropnický, accompanied by the Culture, Press and Scientific Attaché, Veronika Sidó. Chava Linden, the daughter of the Groag family born in 1945 in the Terezín ghetto was a special guest of the evening, she gave her testimony about the life of her parents in a very deeply human and non-sentimental way.

Screening of the film Defiant Requiem: Verdi at Terezín was also a part of the first day’s program. The film tells a story of Jewish pianist and conductor of Romanian-Czech origin Rafael Schächter and his performance of Verdi’s Requiem in the Terezín ghetto in 1943.

The following day the director of the Terezín Composer’s Institute, Lubomír Spurný introduced the gathered audience to the cultural life in the ghetto (Music in Ghetto Theresienstadt). In the review lecture he talked not only about significant musicians of Terezín but also outlined the ties between the work and its place of origin. Therefore the “Terezín” program adds a special emotional value to these compositions. The two-day event was crowned with a successful performance by soprano Irena Troupová and pianist Jan Dušek. The concert featured compositions by Viktor Ullmann, Pavel Haas, Hans Krása, Rudolf Karel and Hans Winterberg.

(The event was organized by the Czech Centre Tel Aviv, the Weiss-Livnat Center for Holocaust Research and Education, the School of the Arts at the University of Haifa, the Embassy of the Czech Republic in Israel and the Terezín Composer’s Institute.) 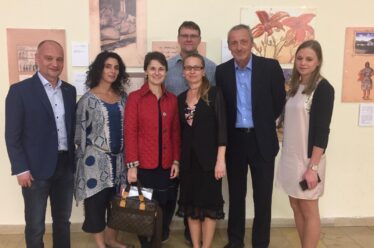 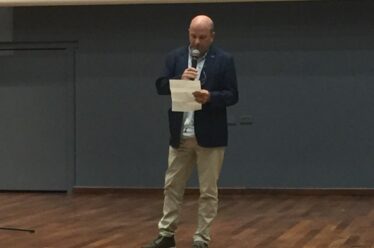 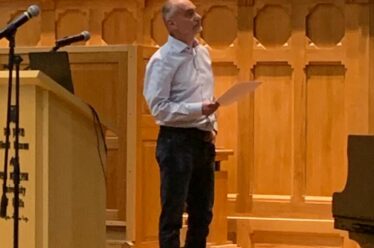 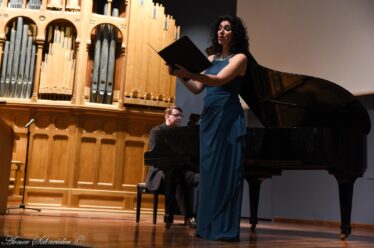 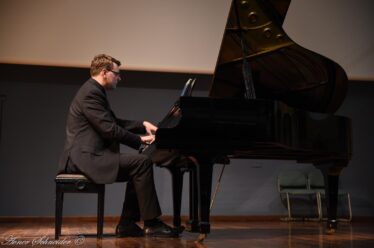