(b. 1965), Professor at the Institute of Musicology at Masaryk University , Brno, Czech Republic.
In his research he concentrates on the aesthetics and theory of early 20th century music.

Lubomír Spurný graduated in violin from the P.J. Vejvanovský Conservatory in Kroměříž, and in 1993 in musicology and esthetics from Masaryk University in Brno where he then completed graduate studies in music theory leading to the Ph.D. degree in 1997 (with the dissertation thesis What is Schenkerian Analysis? An Attempt at the Theory of Form). He worked as an editor of the journal Opus Musicum (1992 – 1995). 1993 – 2004 he was a senior lecturer and Assistant Professor in the Palacký University Department of Music in Olomouc. 2004 he became Associate Professor and 2015 Professor at the Institute of Musicology, Masaryk University, Brno. 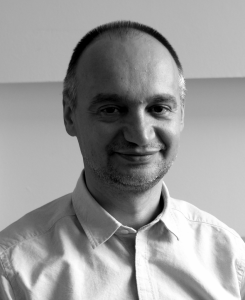